ANTI-CORRUPTION COURTS IN INDONESIA AFTER 2009: BETWEEN EXPECTATION AND REALITY

Home ANTI-CORRUPTION COURTS IN INDONESIA AFTER 2009: BETWEEN EXPECTATION AND REALITY

Several years after the establishment of the Anti-Corruption Court, the Constitutional Court decided case No. 012-016-019/PUU-IV/2006 which impacted on the enactment of Law No. 46 Year 2009 concerning Anti-Corruption Court that made several significant changes. Several changes as mandated by the law include, among others, the Anti-Corruption Courts are now spread throughout the provinces, cases handled by both the KPK and the Attorney General’s Office can now be adjudicated, and the Chairman of the Assembly of Judges is now given discretion to determine the number of ad hoc judges within the assembly.

Studies and writings discussing the condition of the Anti-Corruption Court have been widely found, but none has comprehensively discussed it from an institutional perspective. Therefore, in 2020, Indonesian Institute for Independent Judiciary (Lembaga Kajian dan Advokasi Independensi Peradilan-LeIP) together with the East West Center (EWC) conducted research which aims to evaluating the performance and identifying the problems currently faced by the Anti-Corruption Court in Indonesia in order to encourage the strengthening of its functions and performance in the future.

The Research Team found that inefficiencies have occurred in various aspects of the Anti-Corruption Court which requires a strategic and systematic resolution. The recommendations that are formulated in this study are based on the findings of these problem indications. The Research Team suggests that there is a need for reform in the management of the Anti-Corruption Court’s organization so it can effectively support the handling of cases. More attention also needs to be paid to the human resource management at the Anti-Corruption Court, from the recruitment and education until the placement of personnel, one of the solutions that can be taken is to implement a detasering system that will be described further in this study. 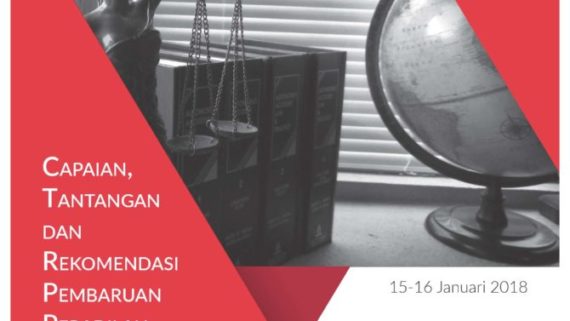 Repost: Is Grace Natalie the next Ahok? by Daniel Peterson